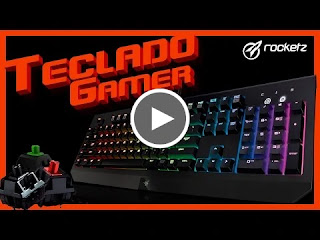 
I'm reviewing the Corsair Gaming K70 LUX RGB (MX Cherry Brown). I'm not an expert when it comes to mechanical keyboards, but this isn't my first either. I bought this keyboard because I wanted a few things; full size, RGB backlighting, dedicated media controls, MX Cherry Brown. In my search, very few keyboards met these requirements; but the K70 was a perfect fit. I originally tried a K70, but decided on the K70 LUX after I returned the K70 for an unrelated issue (it was refurbished and had an issue from the previous owner). Odds are if you're considering this keyboard, you've already come to the conclusion that you want a mechanical keyboard. One of the biggest problems people have are which switches to use. This is entirely preference, and my advice is to test them out in person, either on a display model or a sample switch pad. No amount of reading will give you the feel for the keys. Pros: Overall Look - this thing is beautiful. It does not scream ""gaming"" with aggressive logos and screen-printed color. Instead, it is just plane black with a black aluminum plate. It has a professional look, and it wouldn't be out of place in an office. If you want a loud keyboard, that's where the RGB customizing comes in. RGB Backlighting - This is a great feature, although its often sold for gaming purposes, I generally use my keyboard for work. Making the color something more gentle than ""gaming red"" helps, and switching it every few days makes my day-to-day a bit easier. Even though I don't look down at my keyboard to type, its a nice ambiance, and brings some color to an otherwise dull environment. One useful utility I found for the RGB control is to make the Caps Lock key change to red if I hit it. Another thing is if I ever catch myself in the middle of a pride parade, my keyboard can double as a virtual rainbow flag. Brightness - The RGB backlighting on this isn't nearly as bright as some of the other keyboards (Razer), but it is bright enough for me. The LUX model has larger letters that allow more light to shine through than the K70. As a result, the keyboard allows a lot of light to reach the eye without being too bright. I saw someone online paint the backplate of the keyboard white, which dramatically increased the brightness. I'm not 100% sure how you could do this neatly. Dedicated Media Controls - these are by far the best media controls I could find on the market. The volume is a knob, and not a pair of buttons, which is very rare for keyboards. Additionally, the 5 dedicated controls (Mute - Stop - Back - Pause/Play - Next) have RGB lighting in them. You can make them whatever color you want as well. Comfort - The keyboard is very comfortable to use, and the optional handrest is perfect without being ""too much"". The full-sized keyboard is nice if you're using the numberpad/arrows, or generally like ""more room"" on a keyboard. The one thing I don't like is that they flipped the keys ""<>?"" so that "",./"" would be on top. This is because most of the keyboard light shines through on the top of the key rather than the bottom. It makes sense, and works well with the number row on the top of the keyboard, but personally, I don't like how it looks on the punctuation keys. Wishlist (cons): Non-Standard Bottom Row - This is the major complaint I see from ""keyboard enthusiasts"" online. The bottom row (the one with the space bar) has non-standard key sizing. This means that it would be hard to find a set of key-caps if you wanted to replace or customize the look of the keyboard. This doesn't bother me, but I understand why it would bother some people. Anytime a company doesn't adopt an industry universal or standard, it should raise some red flags. Unfortunately, Corsair dropped the ball on this one. Other major brands also use non-standard sets as well (CM, Razer) so just check if this is important to you. Backplate - I was looking for a keyboard with a backplate that would allow me to remove the tops/stems of individual keys. These are generally hard to come by even if you're building a custom keyboard by hand. Personally, I think it should be the market standard. Just know that if you have a problem with a switch, you will not be able to open it up without a significant amount of desoldering. That also means you can not switch out stems (ie; tired of Blue and want to switch to Red? Gonna need a new keyboard). Again, this is no fault of Corsair, but part a problem in the Cherry switches and ""plate mounting"". The alternative is PCB mounted switches, which very few companies mass produce. USB - This monster takes up 2 USB spots on your computer. Its ok, because unlike the K70, the K70 LUX gives you an extra USB port on the back. The other problem I have is that the USB cable is not removable unlike other brands; which would be nice if you ever had to switch it out. Audio - It would be nice if there were audio ports directly in the keyboard. This feature is rare to find on keyboards. Summary: Overall, this is a very solid mechanical keyboard with most features you would expect. It isn't my idea of a perfect keyboard, but it was by far the best one available that met most of my criteria. While there are some other rare features I wish this keyboard had, it essentially has the most features of any other keyboard on the market. The construction is sturdy, and it has a very professional look.